On many weekends I drive between my home to Magnolia, Texas. On the way, right where 149 splits north and the road turns into 1774, sits the little town of Pinehurst – with a population of ~4,600. As you make the bend to the west, there is an Exxon gas station on the south side with a sign out front claiming they have been smoking meat there since 1926. 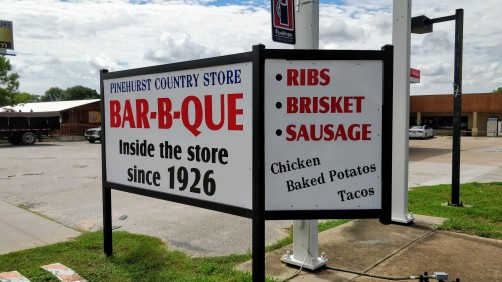 I’ve been intrigued for awhile now, so I recently made a quick trip up there to experience their ‘cue. The place is called “Pinehurst Country Store & Bar-B-Que. And it truly is “gas station barbecue”, not unlike how Rudy’s Country Store and Bar-B-Q started in Leon Springs back in the day. If their claim of smoking meat since 1926 is true, that means they’ve been around longer than Black’s (1932) or Smitty’s in Lockhart (1948), Louie Mueller in Taylor (1949). Cooper’s Old Time in Llano (1963), and many other well-respected Texas BBQ joints. Truth is — I wish it were anywhere near as good as any of those places.

I went with my usual first-time order – brisket and spicy sausage. All the meat was displayed directly in front of me, so I was pleased to be able to see it sliced to. That almost happened, but not quite. The nice lady grabbed the meat and swung around to the back counter to do the slicing, so it was a bit tough to see. Oh well – I was still hopeful. As it turned out, I got a good sized portion of  very fatty brisket. I really didn’t get any lean. And sadly the fat was not well-rendered. The bark, thankfully, was reasonable with some good flavor. It did have some smoky flavor, but not overly so. Fortunately the sausage was better. It had a reasonable grind and had good spice – I could actually still feel the heat during the drive back to the office. Net-net, their brand of barbecue was not too bad. But is also was not worth the drive. If you are already up in the Pinehurst/Magnolia area during the week, a much better choice would be to go across the gas station parking lot and eat at The Meating Place. They have some great barbecue there. And if it is the weekend – don’t pass go, don’t collect $200. Go straight to Reveille Barbecue. They are one of the best in Houston, in this guy’s opinion.

At the end of the day, “gas station barbecue” and “been around a long time” do not necessarily guarantee great barbecue. But that won’t dissuade me from continuing to look for great barbecue in gas stations… 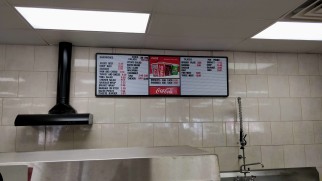 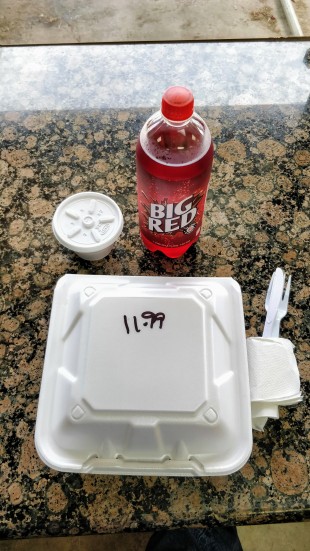 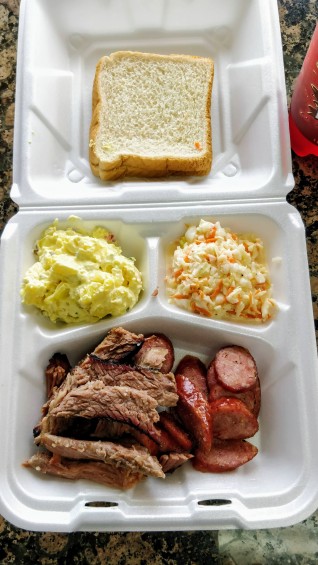 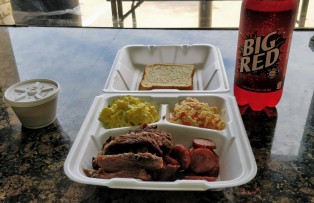 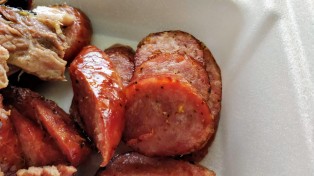 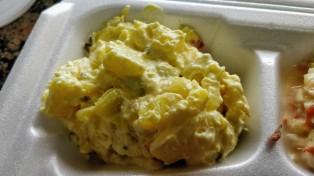