Given my enjoyment of eastern Texas style BBQ, I have been wanting to try other joints with a similar style. So recently I set out for Smokin’ BBQ Southern Style, on FM1960 (re-badged with the spiffy name Cypress Creek Parkway) near I-45. Situated in a strip mall, they definitely have an interesting setup, as it felt like a bar as I walked in. The ordering counter is at the back, with an unoccupied bar to the left of the room and with very little seating. The food is all sliced and prepped in the back behind closed doors, which made me sad. I much prefer to see my meat being prepared. It took 10-15 minutes for me to get my order. And as usual I then of course had to take pictures. As I began to eat, the nice lady I ordered from handed me her phone and told me that Mel, the owner, wanted to talk with me. He had been watching me through their surveillance cameras (I was the only customer in the restaurant, so he apparently didn’t have much else to do). He was concerned that there was something wrong with the food – else why would I be taking pictures? I explained why I was taking the photos, and he seemed satisfied. I don’t know if it’s good or bad that he called. But I am glad he cared enough to find out. 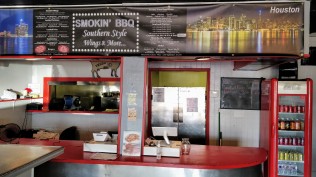 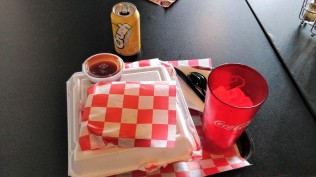 On to the food. This brand of barbecue is definitely not central Texas style – given the name of place contains “Southern Style” in it, this is not surprising. The meat came out sauced from the kitchen, and it did feel like Burns Original BBQ, though I will say Burns blows these folks away. The portions were large, and the food came out hot. All are positives. The brisket had a good smoky flavor without being overdone. It was not too dry, even independent of the sauce that had been dumped all over it. Sadly I could not tell much about the bark. The pork ribs were full-scale spare ribs. They had a good flavor. And they did not fall off the bone, which to me means they had not been oversteamed sitting in a warmer in the back. The sides were very reasonable. The coleslaw was mayonnaise-based. It had good flavor and the cabbage was still crunchy, not soggy like too many. The potato salad was very wet, heavy on the mayo and mustard. The flavor was good, but too sweet for my preference. Finally, the barbecue sauce was fine – but a bit too commercial tasting. It had a very sticky-sweet flavor. 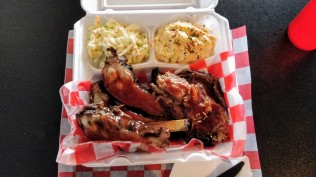 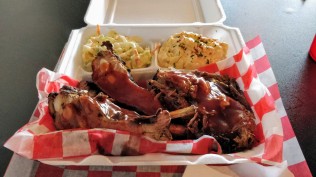 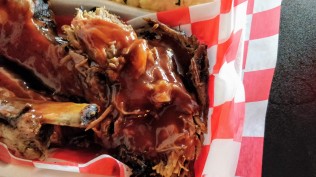 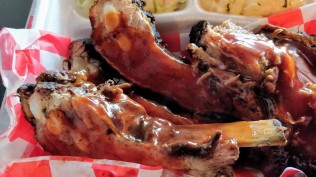 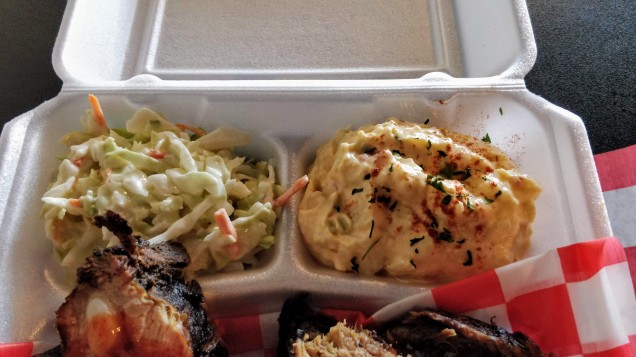 All in all, Smokin’ BBQ Southern Style was a reasonable strip mall barbecue joint. There was nothing spectacular about it. But there was nothing really wrong with it either. However, for my money, I’d likely end up driving down to the Acres Homes area and visiting Burns Original BBQ before I come back here.