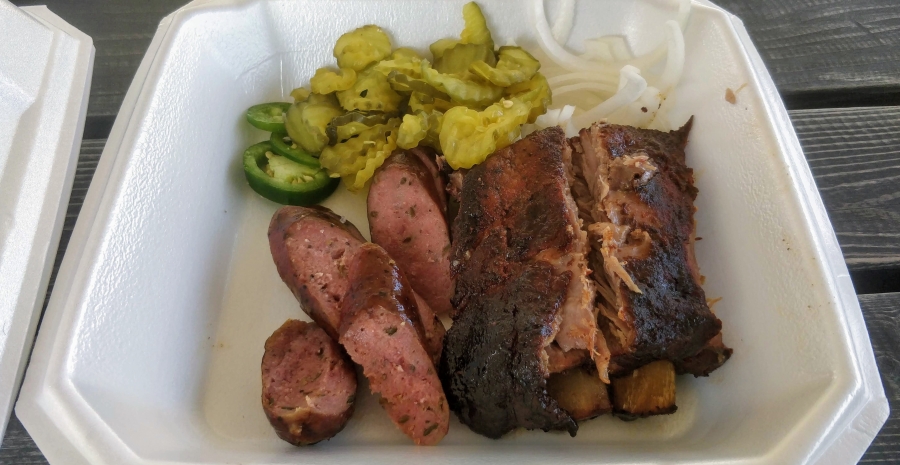 I recently took a short road trip from south Tomball up to Egypt (yes, there really is a place named Egypt in Montgomery County south of Conroe and not far from Magnolia). My destination was a little roadside BBQ trailer that’s been there for last 3 years or so, called D’s Farm Road BBQ. The farm road in this case is FM1488, close to the intersection with FM2978. The owner and pitmaster’s name is, not surprisingly, “D”. He worked for HEB (the of course Texas-based best supermarket on the planet, in my opinion) in their meat department for many years – so he know meat. Due to that relationship, he sources all of his USDA prime brisket and all-natural pork from HEB. D had been using an old offset trailer rig until recently, when he upgrade to an insulated cabinet pit from Lonestar Grillz out of New Waverly. He is loving this great insulated pit – more consistent temperatures and lower fuel costs are always a good thing. 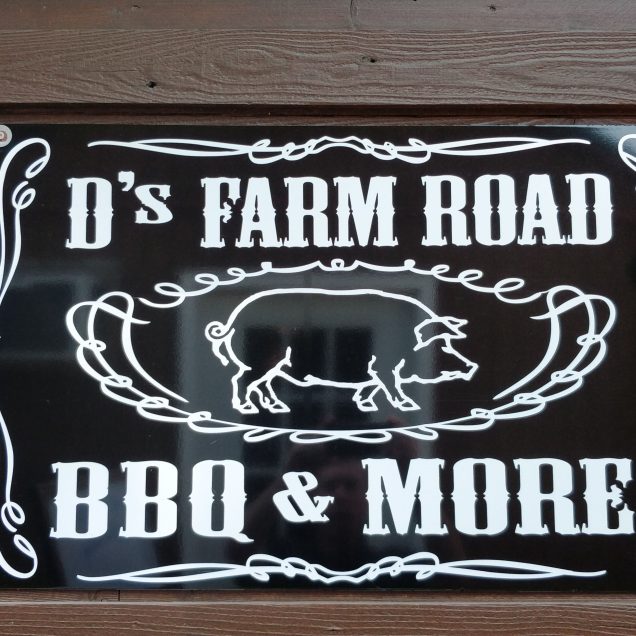 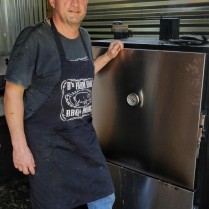 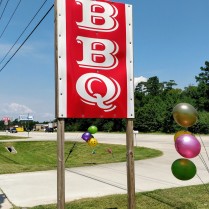 Like with most new places I try, I have to try “Texas Trinity” – brisket, sausage and pork ribs. The prime brisket had a bit heat, due to at least one of the 17 ingredients that D  uses in the rub. The bark was definitely tasty, but it was a bit mushy for me. The first thing I noticed visually was how thick it was cut. There was a good smoke ring and the fat was well-rendered, with good flavor and moistness.

The sausage was the star of the show. It is a house-made all-beef jalapeno with a nice grind, a snappy casing and just the right amount of smoke for my taste.

The pork ribs were a bit disappointing. Though the flavor of the ribs was plenty good, the consistency was not my favorite. The bark was very mushy/wet. According to D, he applies a simple dry rub and then smokes it for an hour. Then he applies barbecue sauce and lets it go another hour. Then he wraps it for the last hour. The flavor is there, but it lacks chewiness or a clearly-defined bark. The result is definitely a fall-off-the-bone tender rib. To me, though, it seemed oversteamed. D claims that is how they like it up there in Egypt/Magnolia/Conroe. Though I prefer more stick-to-the-bone competition-style ribs, I guess you can’t argue with his results. He’s still going strong after three years.